There is a reason Atlanta is called the Empire City of the South. Like New York City, Atlanta has become a cultural center for the arts and entertainment industry. Many celebrities make the city their home, such as rapper and actor T.I., director Tyler Perry, singer and actress Brandy and many others. The city has also been a mecca for the Southern rap and hip-hop scene. For these reasons, the city has attracted the movie and television industry. This list will give reasons why the industry continues to come back.

Atlanta Is a Hub for Tech and Business Innovators

According to the Atlanta Journal-Constitution, “Booming professions include sound engineering technicians, camera operators and producers. Audio and video equipment technicians are expected to lead the pack, with a projected 22 percent growth in jobs over the next seven years.” It’s more than that though. Atlanta is home to many Fortune 500 companies that have pumped billions of dollars into the state. Georgia has a consumer market valued at more than $73 billion. The top five companies that have made their headquarters in Atlanta are Home Depot, Coca-Cola, Delta Airlines, United Parcel Services and The Southern Company. 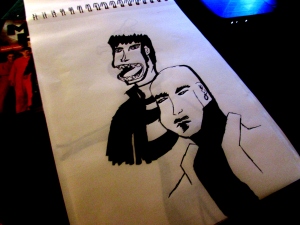