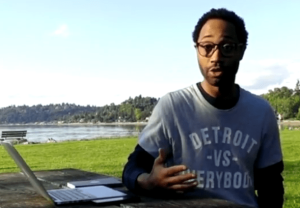 That infighting and bitterness came to a head in May when teachers staged a sickout.

It also brought the school system’s inability to pay teachers’ salaries to the forefront of the news cycle.

It appears that the city of Detroit is in constant instability.

However, one man sees the light before the dawn and has grown tired of the political circus.